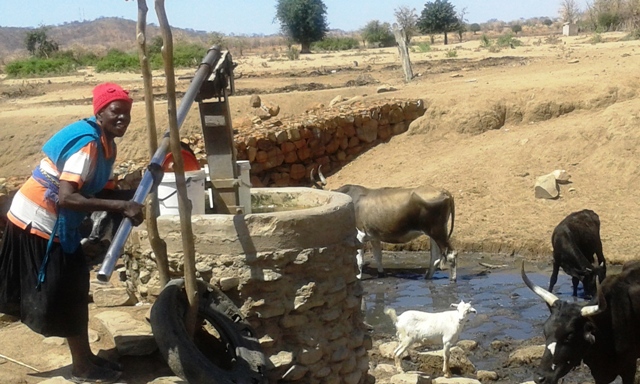 Climate change is now a reality. In Buhera district livestock are now drinking from wells where water is pumped. Government says it is concerned about climate change and is putting in place mitigatory measures. (Pic By Ngoni Dapira)

GOVERNMENT is concerned about the impact of global climate change which is becoming more evident given the increased incidences of droughts, floods and heat waves, a senor government official has said.

“The impacts of global climate change and variability are becoming more evident with increased incidences of droughts, floods, hailstorms and heat waves. Climate change is one of the biggest threats facing the global economy with developing countries including Zimbabwe being more vulnerable due to their low adaptive capacities and over-reliance on climate-sensitive sectors,” said Zhakata.

He said the impact of climate change in Zimbabwe was now stalling the country’s development endeavours, posing serious risks to the main economic sectors such as agriculture, forestry and water resources.

Zhakata however, said taking into cognisance the impacts of climate change felt at the local level, mostly by poor communities due to their low adaptive capacities,Government has crafted policies and put in place institutional structures and processes to guide the nation to a climate resilient and a sustainable low carbon future.

“In Zimbabwe much of the emission comes from energy followed by agriculture, waste management and industrial processes. Rainfall in the country has generally decreased and the official rain season is now erratic,” he said.

According to experts climate change refers to significant changes in global temperature, precipitation, wind patterns and other measures of climate that occur over several decades or longer, and has now become a growing economic development challenge in both developed and developing countries.

He also highlighted that the seminar was timely to share with journalists their common goal and vision of developing the country whilst at the same time making sure people are enlightened and aware of critical and topical issues on climate change and adaptation.

Zhakata said countries which are signatories to the United Nations Framework Convention on Climate Change (UNFCCC), which Zimbabwe is a member having signed and ratified the Paris Agreement of 2015, had accepted certain commitments taking into account their common but differentiated responsibilities and other specific national and regional development priorities.

He however said to fulfil these commitments the parties need to promote and facilitate various education, training and awareness programmes at national, level and, as appropriate at sub-national levels, and in accordance with national laws and regulations within their respective capacities. This is enshrined in Article 6 of the UN Framework Convention on Climate Change on Education, Training and Public Awareness.

“Climate change education and public awareness is essential in pursuing the climate change agenda. It helps people to understand and address the impacts of climate change, encourages changes in their attitudes, behaviour and helps them adapt to climate change-related shocks and trends. Media plays a pivotal role in creating awareness and bringing the positive behavioural change among people in mitigating the anthropogenic climate change. Media coverage of climate change can give better informed public and more effective policy making,” said the Climate Change Management director.

Zhakata said a similar workshop for the Southern region journalists will be organised in Bulawayo during this quarter. 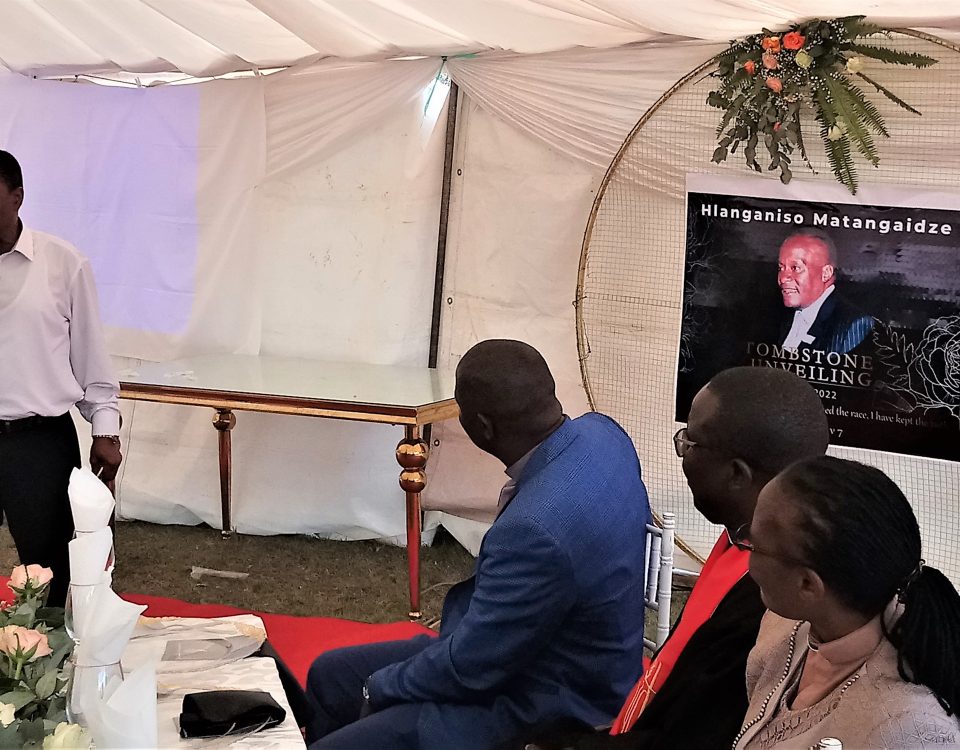