A fan making the most of the opportunity with Tocky Vibes during his performance in Mutare last Saturday at Flavourtown Night Club.

ALTHOUGH the Mutare show of the successive hit-maker, Tocky Vibes, drew a small crowd last Saturday at the new-look Flavourtown Nightclub, the Zimdancehall chanter lived up to billing as a top notch performer leaving his fans begging for more.

The Mhai and Tocky Ayenda Nenyika hit singer whose real name is Obey Makamure, is currently ridding high with his ‘Villager’s Money Volume 2’ album released end of June. He charmed his fans with a mixed bag of his old hits and latest chart bangers. The show was part of his promotional tour.

His manager Temptation Chirenje said despite the low turn-out it was a good show. “Given that the owner of the club is aiming for an exclusive bar this was a good test to see if most of Tocky’s ghetto youth followers would come in numbers. The cover charge of $50 was good for the average folks but not for the ghetto youths.Nonetheless the show was great and people loved his performance. The tracks ‘Tushiri’ and ‘Toti Toti’ were however the most widely requested songs on the evening,” said Chirenje.

The spokesperson of the club Tafadzwa Chakonda said to them it was a good trial run for the club following its renovations. “We had decent sales and a decent turn-out. When marketing a new place it takes time for people to get to know that its now a new place. That is why we are organising a series of functions before the official launch which will be trial runs for us to find our footing. The new-look executive club will soon be the place to be in Mutare for uppity revellers and that we are confident of beyond doubt.Mutare is a tourist town, but it is starved of variety in terms of upmarket entertainment places and this will be our marketing niche,” said Chakonda.

The new renovations which have extended the dimensions of the club, include a new VVIP section, modifications of the old VIP section, extension of the outside pub section to include a pool table and braai section, whilst the DJ booth is also being spruced up to become a glass-room enclosure. The well fenced, spacious and enclosed setup has also improved the security at the place to make it ideal to host live performance shows.

Below are some of the pictures of the Tocky Vibes show: 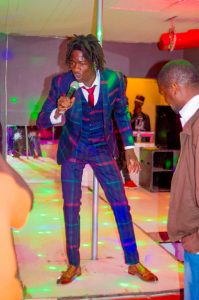 Tocky just after entering the stage to perform. 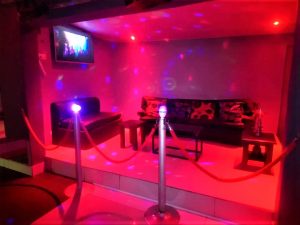 One of the renovated VIP lounges before the show started. 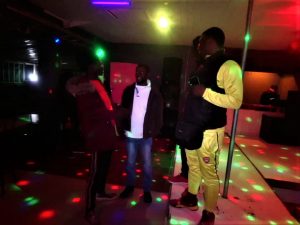 Tocky (extreme left) with his crew just after arriving at the club before the show to rehearse and test the sound system. 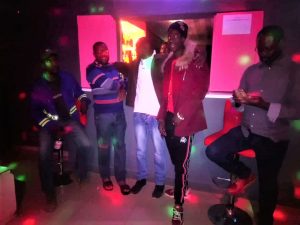 Tocky with the owner of the club Isaac Chakonda (second from left) and other patrons before the show during rehearsals. 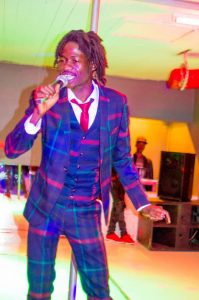 Tocky belting his hit song ‘Toti Toti’ which was continuously requested by fans. 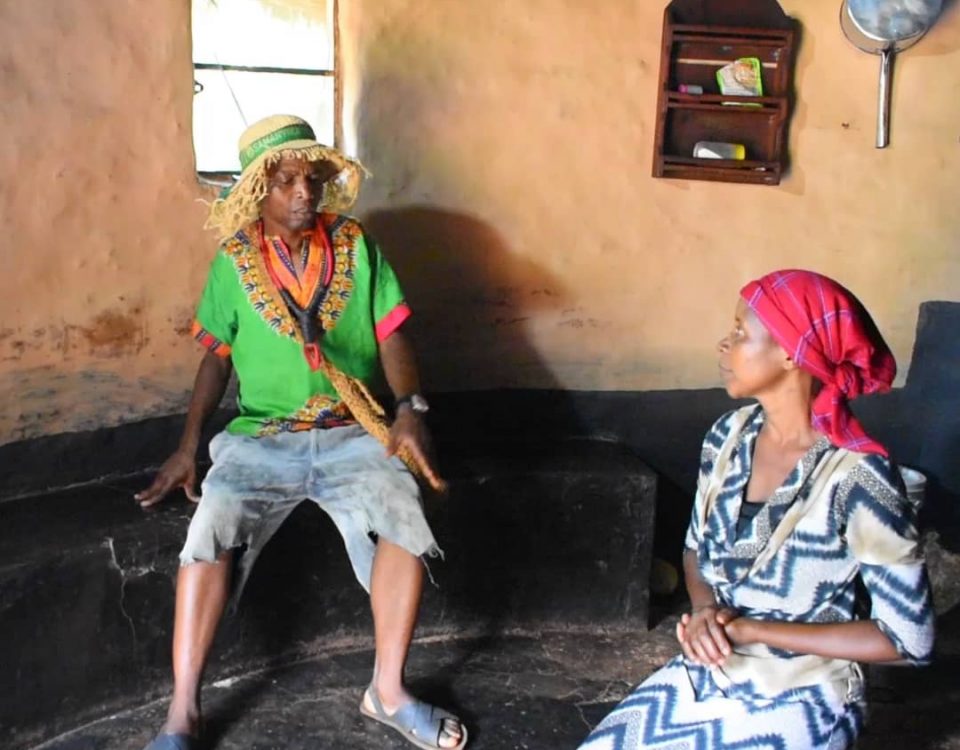