…Dr Moyo in his parting shot said ‘real’ constitutionalism which is not selective irrespective of one’s wealth, political office, creed or race is the only way to go to sustainably build a better Zimbabwe, other than that, he foresees darker days to come of gross child labour or exploitation and more human rights violations.

WITH a worrisome inflation rate of 288.50 percent as of end of August, according to TradingEconomics, and a harsh recession said to be on the horizon in the country’s formal sector, on paper Government still claims it is on course with its economic reform programme, the Transitional Stabilization Programme (TSP) launched in October 2018 running up to 2020.

However, on the ground with more than 80 percent of Zimbabweans said to be earning a living in the informal sector, from vending fruits and vegetables to selling all sorts of imported commodities, the anticipated positive response to fiscal and monetary policy reforms is questionable, and the outcome will be gross social injustice and more human rights violations which will operate at undetectable levels below governments’ radar, EasternTimesZim has learnt from an expert.

A Constitutional Law, Human Rights Law and Energy Law expert Dr Admark Moyo said the problem with Zimbabwe starts with lack of political will to enforce laws clearly enshrined in the Constitution. He added that the saddest reality is that the downtrodden populace staring down the barrel of the gun suffer the most end of day unless constitutionalism is observed to the fullest degree.

This was highlighted last week Thursday  during a constitutional seminar for media practitioners and civil society members held in Mutare, which was funded by the United Nations Democracy Fund (UNDEF) in partnership with the Media Institute of Southern Africa (MISA) Zimbabwe, Centre for Applied Legal Research (CALR) and Southern African Research and Documentation Centre (SARDC).

Presenting on strategies and techniques for holding business entities responsible for human rights violations, Dr Moyo highlighted that whilst the supreme law of the land clearly protects the rights of the people from abuse by the State and large-scale corporate, without an independent judicial system and lack of an open-minded litigation system, the long-standing concerns over abuse of social licenses by corporate that displace communities to pave way for their business operations without fair compensation, would continue to be the order of the day, even under the watchful eye of the new dispensation government.

He said though he does not want to be a prophet of doom, people should be made conscious of their constitutional rights and what is going on, urging the media to play its watchdog role, especially currently.

“The march (November 2017 solidarity march against Robert Mugabe) was successful because there was a space created by the powers that be within the State. If we allow displaced communities to have a similar space and truly speak out, they will do that, but the question who benefits is often asked, which is why up to now there are a few success stories of communities fighting for social justice after being displaced by government or large-scale corporate for mining or farming exploits,” he said.

Dr Moyo said through Section 44 of the Constitution that talks about respect of fundamental human rights and freedoms, the social license of companies must be well articulated acknowledging their obligation to protect the interests of the people wherever they will be operating. “It reads, the State and every person, including juristic persons and every institution, and agency of the government at every level must respect, protect, promote and fulfill the rights and freedoms set out in this chapter (of declaration of rights). Individuals therefore have a right and the State a duty to protect its people,”

Adding, “The declaration of rights applies horizontally between us as citizens and between us and corporate, so companies are bound by the Constitution and have duties in terms of section 44 to respect, protect, promote and fulfill the rights of citizens,” said Dr Moyo.

However, on the ground a lot of social injustice is being done for most communities in mineral rich areas who are displaced and left to suffer from unfair compensation. In Manicaland  Dr Moyo cited the unfair compensation in the ongoing displacements of villagers from the Chiadzwa diamond fields and the land wrangles with affected communal farmers at businessman Billy Rautenberg’s Green Fuel ethanol project in Chisumbanje.

According to a 2017 report by the United Nations Children’s Fund (UNICEF) Zimbabwe, of the 6.3 million boys and girls in the country, 4.8 million live in poverty, including 1.6 million in extreme poverty.

That said, Dr Moyo warned that in the wake of the deteriorating economic environment and desperation of people in the country, child labour was imminent to be on the rise given that government is grappling to provide its mandatory social obligations for the welfare of orphans and vulnerable children (OVCs) who desperately struggle to make ends meet for a decent meal each day, what-more of money to pay for their education.

He said though the Tanganda Tea Company case of the Earn and Learn scheme, which was terminated in 2013, was a learning curve which brought to light the ‘deceitful’ nature of child labour by corporate, under the guise of corporate social responsibility (CSR) programmes, he foresees poverty once again forcing rural children, especially OVCs to be easily exploited, especially by informal entrepreneurs that operate secretly.

Tanganda Tea Company ran its Earn and Learn scheme for a number of years, whereby children worked in their tea plantations in return for education. The only protective equipment provided was sandals and aprons. As a result many children reportedly suffered from septic wounds and respiratory diseases.

Dr Moyo said it is a failure for a system to allow capitalists to exploit children in order to have access to education and history should not repeat itself.

“When I went to school I benefited from the system. They paid for my fees from Form Three up to university. A normal state should not allow a child to work for education, whether in Chisumbanje or a tea estate. It must be a matter of principle that a child cannot work for their education. Its torcher to say that a child must work for his or her education because the right to education is a right protected in the Constitution and the Constitution says the State must take all reasonable measures to ensure that every child enjoys the right to basic education. Of which that right to basic education should not be subject to the availability of resources.”

Dr Moyo added that where parents cannot afford to pay for fees for their child’s education the State should assume that role as its constitutional obligation. “Of which when the State does that, it is not doing anyone a favour.You should really understand this. It is using public funds to make sure it achieves a very important social goal of educating its nation. There are no favours there,” refuted the human rights expert, after he had been asked where to draw the line between child labour and CSR by companies in their community developmental programmes for OVCs and disadvantaged families.

According to the International Labour Organisation (ILO) the term “child labour” is often defined as work that deprives children of their childhood, their potential and their dignity, and that is harmful to physical and mental development. It refers to work that interferes with their schooling by either depriving them of the opportunity to attend school, obliging them to leave school prematurely, or requiring them to attempt to combine school attendance with excessively long and heavy work.

The Zimbabwean law sets 16 as the minimum age for employment and prohibits children under 18 from performing hazardous work. The ILO however adds that children’s participation in work that does not affect their health and personal development or interfere with their schooling, is generally regarded as being something positive. This includes activities such as helping their parents around the home, assisting in a family business or earning pocket money outside school hours and during school holidays, which is very dominant in most developing countries

Dr Moyo’s cautioning comes on the heels of Zimbabwe’s ratification of the Protocol of 2014 to the Forced Labour Convention of 1930, which was signed on May 22. It became the 32nd country worldwide to ratify the Protocol. By ratifying the instrument, Zimbabwe demonstrated its firm commitment to combating forced labour in all its forms.

The Protocol, adopted by an overwhelming majority by the International Labour Conference in 2014, calls on ratifying States to adopt effective measures to combat forced labour, including debt bondage, forced domestic labour or trafficking in persons, and to protect victims and ensure their access to remedies and compensation.

Last year there were reports that children as young as 11 were working on tobacco farms, often in hazardous conditions, to earn school fees or supplement the family income. This was happening secretly. Some of the workers at the farms including the children were exposed to nicotine and toxic pesticides and suffered symptoms consistent with poisoning such as nausea and vomiting. Reports of children, especially girl child in apostolic sects particularly in Marange and Mutasa areas, that still do not attend school up to adolescents stage are still rife, but little is done or a selective approach is taken to enforce the law on them because of harbored interests by powerful politicians that want votes during elections.

Article 75 of the Constitution which focuses on the right to education further states that, “Every citizen and permanent resident of Zimbabwe has a right to a basic State-funded education, including adult basic education; and further education, which the State, through reasonable legislative and other measures, must make progressively available and accessible.”

Although the Government has put measures to address the issue of funding, first by stating that no child should be sent home for failing to pay school fees, school fees on its own is not the major concern as there are other costs such as school levies,  books and other material needs.

Then there is the Basic Education Assistance Module (BEAM), a programme that is aimed at funding the education of vulnerable children in society. Early this year in February, government revealed that over one million children across the country applied to the Ministry of Public Service, Labour and Social Welfare to be considered under the BEAM, but only 415 900 disadvantaged children countrywide were selected. So what happens to those not selected is the next question in the wake of the escalating harsh economic environment. If they get offers for work what are the odds of refusing? This becomes the sad reality check most disadvantaged children are exposed to with out government education support.

The Minister of Finance and Economic Development Professor Mthuli Ncube first allocated $25 million for BEAM for the 2019 budget, but an additional $63 million was later released in August to clear school fees arrears accrued through BEAM.

Dr Moyo in his parting shot said ‘real’ constitutionalism which is not selective irrespective of one’s wealth, political office, creed or race is the only way to go to sustainably build a better Zimbabwe, other than that, he foresees darker days to come of gross child labour or exploitation and more human rights violations. 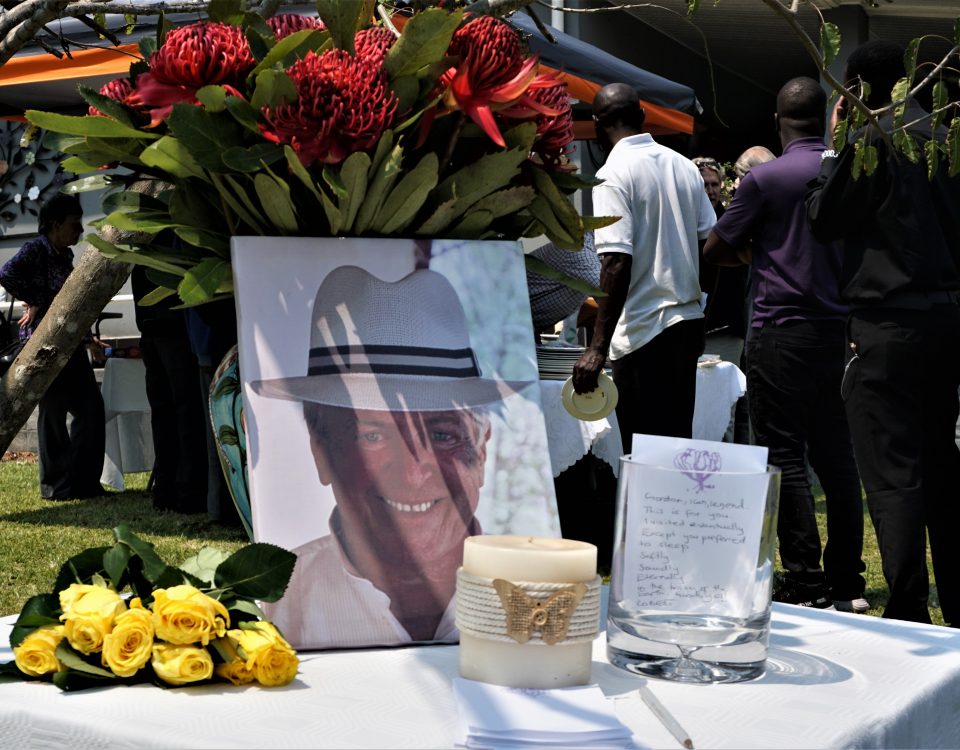 Renowned Mutare based hotelier Gordon Addams who was laid to rest yesterday (Thursday) was highly commended for contributing immensely towards the growth of the tourism sector in Zimbabwe.