…‘ZMC should not be run as a parastatal’

THE Parliamentary Portfolio Committee on Information, Media and Broadcasting Services that recently completed public consultations on the Zimbabwe Media Commission (ZMC) Bill said it will need to have a caucus with the responsible Ministry to hear its position on inclusion of co-regulation, which was not an existent option in the Bill.

Chairman of the Portfolio Committee, Honourable Prince Dubeko Sibanda revealed this in an interview with EasternTimesZim after the Mutare public consultation held last week Thursday. The Mutare meeting was the second from last of the public consultations. Harare was the last stop the next day, after a week-long consultations in Gweru, Bulawayo and Masvingo respectively. 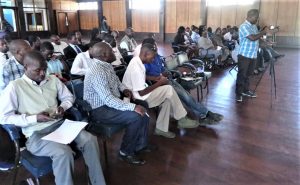 Part of the participants that attended the ZMC Bill public consultation meeting in Mutare.

On August 9 this year, Government gazetted the ZMC Bill which seeks to amend the much dreaded Access to Information and Protection of Privacy Act (AIPPA). The Bill is one of the three legal instruments that will repeal AIPPA, with the Freedom of Information Bill and Data Protection Bill as the other two instruments. The functions of ZMC are detailed in Section 249 of the Constitution with the objective to protect the rights to freedom of expression and freedom of the media granted under section 61 of the Constitution.

Hon Sibanda said ordinarily after completing public consultations their next step as a portfolio committee would have been to collate and deliberate on all the submissions made by the citizens and add into the framework Bill that is already there. However, in regard to the ZMC Bill he said it was going to be slightly different after the Ministry flagged some issues on incorporating a co-regulation matrix, which they feel they need more specifics on as a committee.

“The Ministry (of Information, Publicity and Broadcasting Services) as we were doing public consultations came out through the Permanent Secretary, indicating that they are going to include co-regulation, which is not currently existent in the Bill. So we need to create a platform with them where we will hear more on this co-regulation matrix that they want to bring up at a later stage into the Bill, so that when we start our deliberations, we will not only exhaustively deliberate on the contents of the Bill, but also on the co-regulation matrix. So, that is the only different step we are taking from the other Bills we have done,” said the portfolio committee chairman.

Co-regulation, whereby the State and the private regulators co-operate in joint institutions, if introduced, will become a new phenomenon for Zimbabwe’s media sector that has been running under a state regulation framework. There was however mixed feelings between co-regulation and self-regulation as the preferred framework, but where unanimous consensus was reinforced was against state regulation, which was used in the existing Act.

“We are all aware citizens have been clamouring for reforms in the media sector. So given such an opportunity for them to say out their thoughts on any clauses that needed fine tuning, I want to give a guarantee to the people that their submissions will be considered accordingly in accordance with Section 141 (a) and (b) of the Constitution of Zimbabwe…However, one thing that comes out in terms of this particular Bill is that the stakeholders were very participative in mobilizing people in their numbers and people clearly had the opportunity to go through this Bill as their contributions were very substantive,” said the Binga North legislator. 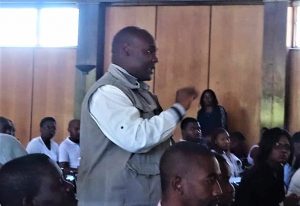 Amongst the many submissions that came up, it was the submissions raised by a senior lecturer of journalism and political studies, Alexander Rusero which drew a lot of attention from the portfolio committee that literally ended up interrogated him to fully grasp his views as a guru in the profession. Rusero said on top of the agenda the first protocol must be on the autonomy of the ZMC, which he said must not be run as a parastatal, but an independent body, which would mean toning down the powers of the responsible Minister currently bestowed in the Bill.

“The objective of the ZMC Bill is to protect the rights to freedom of expression and the freedom of the media as granted under section 61 of the Constitution. There is therefore need to tone down the powers of the Minister, otherwise the commission will be run more or less like parastatals such as ZBC and Zimpapers. We are not skeptical about the Minister being involved, but the level of influence should be toned down to separate the powers of the Minister in the running of the Commission, to avoid replicating the control they have in parastatals, which are public entities directly under government,” said Rusero.

Rusero added that the Bill should stipulate a quarter system that should be used on the appointment of commissioners, ensuring the inclusion and first preference of media practitioners to protect their professional interests in the sector.

“Since we are advocating for co-regulation, we take notes from the law society where lawyers constitute the society, so this commission should have more media practitioners and a quarter system must be enforced on the appointment of the commissioners, with that in mind,” he said.

Another issue raised by one of the participants noted how the Bill was silent on gender on the appointment of commissioners only noting the need to observe gender on the appointment of the vice-chairman of the commission in Section 6, which specifies that ‘the members of the Commission shall elect one of their number to be the Deputy Chairperson of the Commission, who must be of a different gender from the Chairperson.’

Freelance journalist Farai Matebvu rebutted the involvement of the police in commissions of inquiry and said this would lead to criminalising journalism and abuse of the powers. He touched on Section 10 which speaks on Conduct of Investigation. “We are saying no to police intervention on professional conduct issues. This infringes on the rights to freedom of expression and freedom of the media. The commission should be capacitated to deal with media professional conduct issues and only summon the police after internal hearings, only where a matter would have been judged to be criminal,” said Matebvu.

A female student journalist said there was need for the Bill to clearly state the objectives of the Media Development Fund, especially on funding start-up media projects to help ease the growing unemployment burden for young journalists. She said the Bill should have a clause that will affirm the licensing of community radio stations which remain restricted despite being part of the three tier broadcasting system enshrined in the Broadcasting Service Act, comprising, public, commercial and community broadcasting in Zimbabwe.

Another participant said the commission should publicize its yearly financials in the media for accountability and transparency citing that citizens were hungry and thirsty for information held by public bodies. Section 18 on Accounts of Commission and Appointment of Internal Auditor, only instructs the Commission to prepare and submit annual financials to the responsible Minister, but does not mention anything about the commission disclosing the financials statement for the public, as a public institution that should observe good corporate governance laws on accountability by publishing in a national newspaper, as required by the Public Entities Corporate Governance Act of 2018.

In Section 3, which speaks on the Discharge of Functions by the Commission, another participant said there was need for a clause that firmly speaks on the functions of the commission on accreditation of media practitioners, particularly journalists. He said the concern came from a backdrop where there was a ‘selective’ approach on accreditation, which empowered the commission to ‘subjectively’ bar certain local and international practicing journalists from being accredited to operate in the country. He said this curtailed freedom of the media and practitioners.

Media Institute of Southern Africa (MISA) Zimbabwe Manicaland chairperson Kenneth Matimaire said there was need to put a cap on the number of years that the chairperson serves in the commission and on the number of times one can be appointed to serve as chairman. The Bill provides that only the chairperson shall be a fulltime member of the Commission. Matimaire sad short contracts were better and one two terms of office must be the maximum for continuity and posterity.

Many other points came up from local representatives from the Voluntary Media Council of Zimbabwe (VMCZ), Media Alliance of Zimbabwe, community radio station initiatives and various local arts associations and civic society organisations that were present. 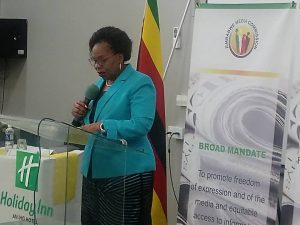 Minister Mutsvangwa during the national consultative workshop on the ZMC Bill, Freedom of Information Bill and National Media and Film Industry Policy recently held in Mutare.

The public consultations come on the heels of a media stakeholders national consultative workshop on the ZMC Bill, Freedom of Information Bill and National Media and Film Industry Policy held in Mutare late last month which was presided by the Minister of Information, Publicity and Broadcasting Services Senator Monica Mutsvangwa. Minister Mutsvangwa assured participants that the new dispensation government was fully committed to media legislative reforms.

“I want to give an assurance from the outset. President Mnangagwa is a genuine and committed reformer. He wants Zimbabweans to fully enjoy the freedoms they entrenched in the 2013 Constitution of Zimbabwe of which he was one of the legal brains at the forefront…As stakeholders equally consult the public with all freedom and latitude. You will be happy to be assured that this is exactly what President Mnangagwa is expecting of these Bills,” said Minister Mutsvangwa in her official opening remarks of the workshop.

Minister Mutsvangwa added that to show the commitment of government towards depolarizing the media away from toxic and antagonistic politics government has prescribed media legislative reforms that will be undertaken beyond merely realigning existing media laws to the Constitution.

“It is indeed the same reason that Government is seeking to amend the Broadcasting Service Act with a view to further opening up the national media space to private players and foreign investment,” she said. 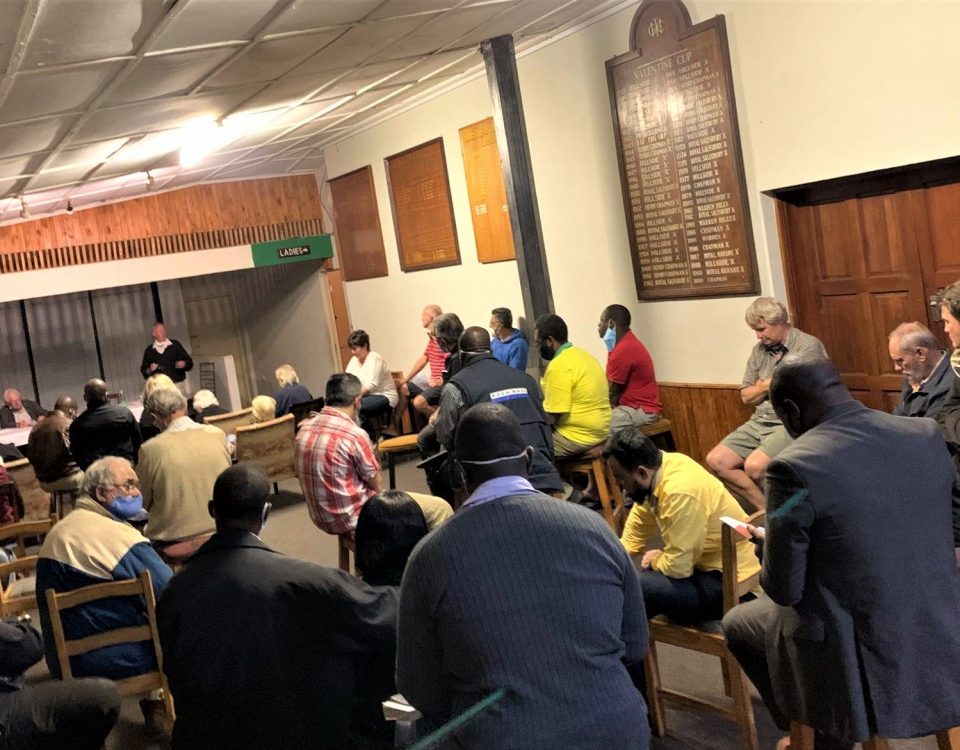