Zimbabwe joined the rest of the world to celebrate the International Women's Day commemorations. The celebrations which were held in Mutare recently were organised by the Women’s Coalition of Zimbabwe (WCOZ) in conjunction with other partners.

THE Women’s Coalition of Zimbabwe (WCOZ) Mutare chapter hosted this year’s International Women’s Day Commemoration which were held in Mutare recently at the Manicaland Show Ground.

WCOZ is a national membership based network of women’s rights activists and women’s organisations. The 2020 International Women’s Day that is annually celebrated on March 8 was running under the theme, ‘An equal world is an enabled world’, but for Zimbabwe it also ran under a sub-theme,”Our Constitution, Our Promise, Chirangano Chedu.”

WCOZ said the sub theme was meant to amplify its constitutional literacy awareness drive for women, particularly information on the country’s envisaged devolution framework in Zimbabwe, how women can take their place at the high table. The event drew over 3000 participants from across the political divide, civic society and various religious denominations.

From concerts and conferences to fun runs and festivals – International Women’s Day is celebrated globally. Groups worldwide raise awareness, celebrate achievements and rally for change to help forge a more gender-equal world and show their commitment towards the cause. Below are some of the highlights of this year’s commemorations captured by Easterntimeszim. 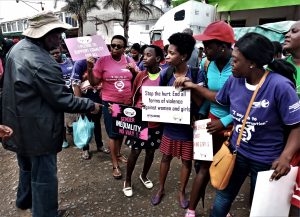 WCOZ members gather before the procession with their placards. 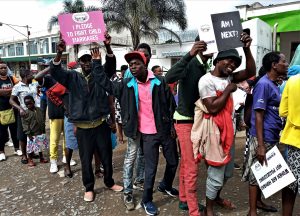 Men also actively took part in the parade along the Herbert Chitepo Road from downtown Mutare to Meikles Park at the heart of the city centre. 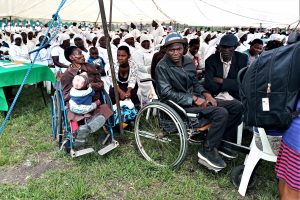 Part of the participants that came to support the event. Even those with disabilities came to endorse their solidarity and also called for action on appropriate measures to eliminate discrimination on the basis of disability by any person, organization or private enterprise. 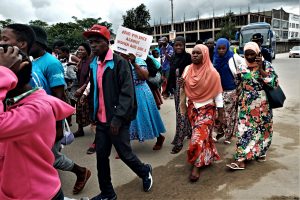 People from various religious circles took part in the parade including Muslim women.

Michelle Bwititi (right) better known as Zion Asset from Diamond FM with Rumbidzai Nzarayabani were co-MCs for the event.

Songbird Pauline Gundidza took the opportunity to stand in support of women empowerment rights before her performance. 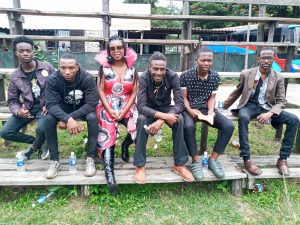 Pauline and her band before performing. 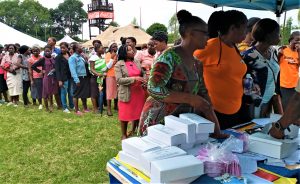 The Zimbabwe National Family Planning Council (ZNFPC) stand was the most popular as it saw long queues by women who wanted free contraceptives.

An unidentified lady signing for her free birth control pills at the ZNFPC stand.

Mutasa South legislator Regai Tsunga (Blue t-shirt and black cap) following proceedings at the commemorations with the Coordinator of the Justice and Peace Commission of the Diocese of Mutare, Gertrude Chimange (left). 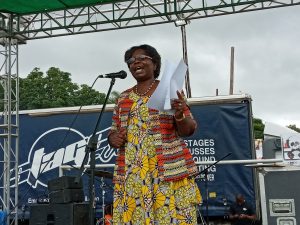 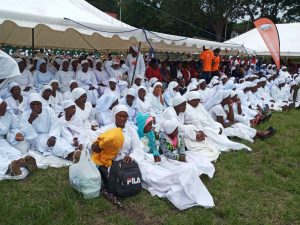 Members of the Johanne the 5th Apostolic sect also took part in the commemorations endorsing the call against violation of women’s rights.

Mhakwe Heritage foundation Trust executive director David Mutambirwa (black jacket) was also part of the men’s forums which came through to support the commemorations. Johanne the 5th Apostolic sect founder and leader Madzibaba Andby (on stage with cap) prayed for all the men who came to support the event. 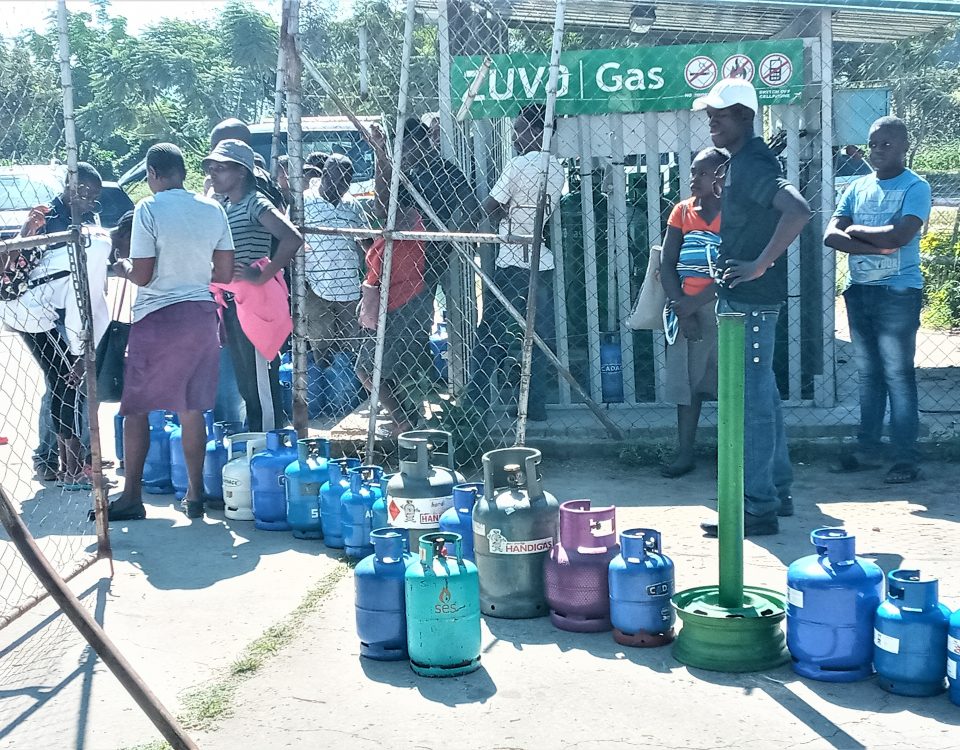 People desperately queued for gas the whole day yesterday (Sunday) at the Zuva Petroleum gas station at Bluestar opposite Murahwa (Green) Market in a last minute rush before the 21 days shutdown which starts today. Gas was in short supply throughout Mutare from Monday and Zuva Petroleum stations were the only ones with constant supply of their LP gas.