CITY of Mutare is proposing a US$33 million 2021 budget to meet service delivery concerns, the finance director has said.

This will be approximately $2.5 billion (RTGS), using the official foreign exchange auction rate of US$1: $77 ZW this week. A massive upsurge from the 2019 budget of $31.1 million (RTGS), depicting how hyperinflation has fast become erosive.

Addressing residents during a supplementary budget and 2021 budget consultation meeting at Mutare hall yesterday (Tuesday), City of Mutare finance director Blessing Chafesuka bemoaned the hyperinflationary environment in the country as the biggest letdown when tendering for services and equipment with intentions of getting cost effective pricing. 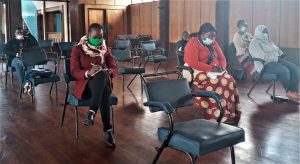 Part of the few residents that attended the meeting.

Chafesuka said they are just waiting for the central government to give them the final directive to start billing using United States dollars currency. This will help them meet their current challenges when paying suppliers, who charge in foreign currency or inflated Zim dollar rates in the wake of limited readily available foreign currency from the Reserve Bank of Zimbabwe.

Last week Government announced Statutory Instrument (SI) 185 Exchange Control (Exclusive Use of Zimbabwe Dollar for Domestic Transactions) (Amendment) Regulations, 2020 (No. 3), which states that, ‘Any person who provides goods or services in Zimbabwe shall display, quote or offer the price for such goods or services in both Zimbabwe dollar and foreign currency at the ruling exchange rate.’ Chefesuka however said local authorities are the only ones that are not yet allowed to charge in foreign currency at the moment.

“Councils are at a disadvantage in this hyperinflation operating environment. If we cannot collect US dollars we will continue to struggle as a local authority. Dual pricing and displaying, quoting and offering of prices for goods and services is now the order of the day through SI 185 and we hope to also benefit from this…What we are budgeting here today when we reach January next year, our prices in local currency will no longer be the same and this is what we want to make you understand in this budget consultation. The proposals we made last year were only effected by the Minister (Minister of Local Government, Public Works and National Housing) in March instead of January. So for the past six months we have been really struggling to stay afloat, as we all know how prices have changed severely this year alone,” said the finance director in his summary of the budget proposal.

He said whilst there is an improvement in revenue collection this year, their expenditure is on the increase against a nail biting hyperinflation and cumbersome procurement process that delays payments. This leads to the municipality being forced to pay highly inflated amounts to suppliers for services rendered or equipment purchased.

Chafesuka said payment delays for projects or tenders is done in compliance with the Procurement Regulatory Authority of Zimbabwe (PRAZ) requirements. However the procedural delays have seen them fail to replace obsolete equipment such as printers, computers and a new server, which they fail to pay on time after placing on tender because prices change drastically before the tender is approved.

“A tender of $500 000 (RTGS) for a printer was made last year but now the supplier wants $2.5 million (RTGS), so this is the harsh reality of why we need to collect foreign currency. So when the US dollar rate goes up the prices of suppliers also go up which is why they often peg excessive Zim dollar rates to try counter the hyperinflation,” he explained.

The country’s annual inflation surged to 785.55 percent in June from 765.57 percent in April, whilst the month-on-month inflation rate in May was 15.13 percent from April’s 17.64 percent, according to the Zimbabwe National Statistics Agency (ZIMSTAT).

In the budget proposal, sewage and water tariffs for residential areas remain the same as effected in March, but all commercial and industrial sewage and water tariffs as well as miscellaneous tariffs were increased ranging from 120 to 350 percent. All commercial and industrial tariffs increased by 350 percent with sewage for commercial properties going up from $54 to $243, while water charges range, but the fixed charges went up from $427 to $1923. Parking discs have gone up by 300 percent, from $10 to $40.

“This is for cost recovery and sustainability. As for residential tariffs we will wait for central government directive. We have only increased all tariffs by a maximum of 350 percent except for those that are of a social nature and affect the ordinary person,” said the finance director.

David Mutambirwa of Mutare United Residents Association (MURA) applauded the improved information dissemination and efficiency on refuse collection by the local authority, but urged it to make use of its ancillary assets and properties for supplementary revenue flows.

He added that lack of consistent auditing of municipal accounts affects the transparency and accountability of councils. “Residents are also left with no yardstick to access the transparency of council finances. Inevitably, such an environment feeds into misconceptions and allegations of financial misuse in councils,” said Mutambirwa.

The finance director said in January the local authority was owed $86 million but this has gone up to $164 million by end of June. He however said end of this month they are expecting a sharp decline in the number of debtors’ given the increased number of people paying since May. Chafesuka also admitted that there is need to improve their billing and collection efficiency which he said is still in shambles.

“The ability of a local authority to provide services depends on the revenue it collects. This is the basic fundamental fact that residents and business need to appreciate. The single most deterrent to financial viability in local authorities remains debtors,” said Chafesuka.

On capital projects the finance director said before end of this year in their proposal they intend to buy a new bulldozer for land filling, increase three more refuse collection trucks to replace the obsolete ones, buy new tipper trucks and a road grader to service roads, which will substitute outsourcing as they have been doing. 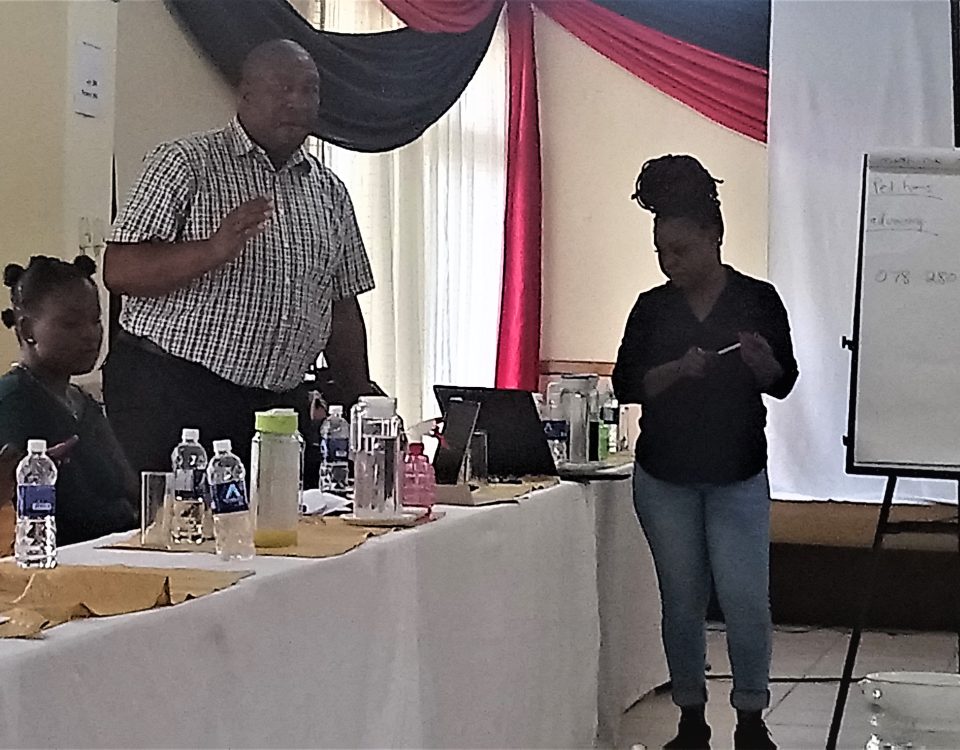