…ZRU urged to decentralize grants for rugby development in provinces

MANICALAND rugby players on Monday received mealie-meal from the Rugby Africa bankrolled covid-19 relief fund which is being disbursed countrywide.

A total of 32 beneficiaries from different local rugby clubs and selected schools each received a 10kg bag of mealie-meal. Manicaland Rugby Board (MRB) chairman Josiah Borerwe thanked Zimbabwe Rugby Union (ZRU) and the benefactor Rugby Africa for the initiative which he said will help incentivize rugby players during the trying times under covid-19 lockdown, when all contact sport is suspended.

Borerwe said no good deed is considered too small given the harsh hyper-inflationary economic environment in the country. He however implored Rugby Africa to send through more grants for developmental rugby projects at grassroots level post covid-19. Also urging ZRU to embrace and continue with the new spirit of decentralising resources for provinces to effectively drive their own rugby developmental projects.

“I really hope to see more funds of this kind coming through when rugby resumes post covid-19. Limited financial resources have been the biggest blow to fully develop Zimbabwean rugby and grassroots rugby in provinces other than Harare and Bulawayo. We have suffered from a lot of talent exodus, but we hope to soon see the Sables playing again at the World Cup level with players from Manicaland in the squad,” said the passionate and outspoken MRB chairman.

Rugby Africa in June gave ZRU 5000 Euros to assist its players as a covid-19 relief fund. Borerwe said food hampers and mealie-meal worth 3000 Euros were bought for rugby players and clubs around the country. The hampers were given to all the national team players that are in the country, for both 15s and 7s rugby including both men and women as well their technical staff and medical personnel. All referees who took charge of international games in 2019 and the ZRU secretariat also received hampers.

“From the 243 bags of mealie-meal bought, the chairmen from every province got an allocation, with the numbers determined by the number of registered clubs in that area. The mealie-meal is meant to be given to the neediest players in the clubs. So, Manicaland received 32 bags of 10kg mealie meal, which is what we want to distribute to some of our vulnerable players. We had hoped to get more but we just have to make do with the little we have.   We have one registered club but decided to incentivize and also give our local developmental rugby affiliate clubs and schools,” said the chairman.

He said according to ZRU the remaining 2000 Euros from the covid-19 relief fund will be used for the acquisition of personal protection equipment for players and medical personnel when rugby finally gets the green light to resume.

Former Mutare Sports Rugby (MSC) rugby captain and Goshawks (Zimbabwe rugby developmental side) player, Gideon Muyambo who hung his boots this year to become a professional rugby referee thanked Rugby Africa for the initiative but revealed that covid-19 has been a heavy blow for all sportspersons, particularly him, as he had a lot of training programmes and career changing opportunities lined up.

“As a former player and a referee covid-19 came as an unfortunate plague for everyone in the rugby fraternity because we were really looking forward to the 2020 season which was looking promising,” said Muyambo.

The guest of honour at the 2019 ZRRS annual awards, Gateway High School headmaster and head in-charge of Zimbabwe schools rugby Tungamirai Mashungu presenting the Rookie of the Year shield to Muyambo (right).

Last year during the Zimbabwe Rugby Referees Society (ZRRS) annual awards ceremony held in November in Harare, Muyambo bagged two awards, the Rookie of the Year – Marcus Memorial Shield and the Traveler of the Year award under the Mashonaland Referees Rugby Society.

Early this year in January Muyambo had travelled to South Africa as part of the seven Zimbabwean referees who participated in the Pumas Referees Training Camp that ran from 9 to 12 January in Mpumalanga.

“After the January training camp a week before lockdown on 30 March, I was supposed to go and referee at a tournament in South Africa, so I lost a big opportunity to grow for me as a Mutare referee, but hopefully when the lockdown is over the opportunities will come again,” said Muyambo.

The Manicaland rugby story has been an impressive transformation in the past 10 years. Rugby had died a natural dearth in Mutare between 2006 and 2010, but in 2011 the return of the topflight national rugby league saw the revival of rugby in Mutare. Up-to-date through the concerted efforts of the Manicaland Rugby Board which was established in 2014 and the MSC rugby board, and its Mutare born stakeholders in the diaspora, rugby has been growing by leaps and bounds. 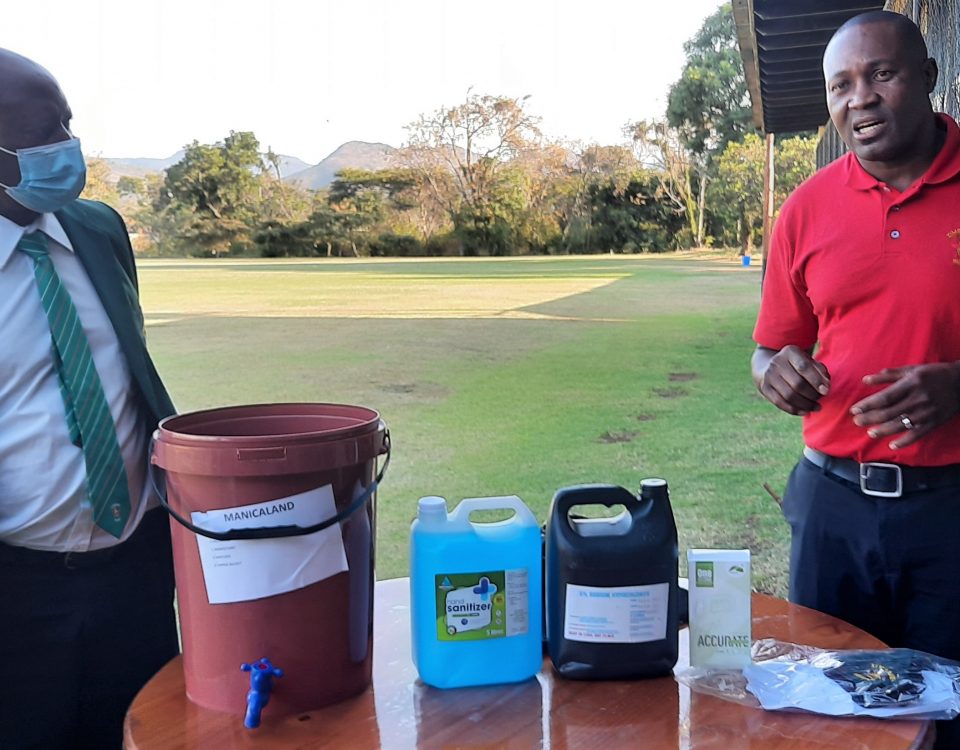