I-Finton (left) with his The Voice of Germany coach Mark Forster during the battles.(Picture by ProSiebenSAT. 1/Richard Hübner)

IT is said music is the wine that fills the cup of silence. This speaks volumes about Zimbabwean born-German based musician Finton Mumbure who recently had a stint in Season 10 of The Voice of Germany, where he reached up to the Sing Off stage.

He became the darling of the music reality show and drew many Zimbabweans and Africans in general to follow the show from all over the world, despite the language barrier, given that the show is broadcast in German language. 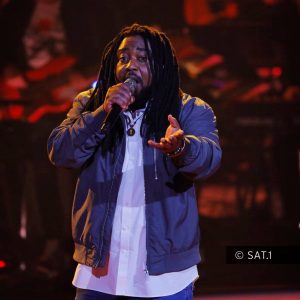 The story of Mumbure who is popularly known as I-Finton in the music circles continues as he is expecting a career turnaround next year from the opportunities he got through the Voice of Germany. The Mutare born and bred musician said, for a country that is still known to have racial divide, which has left deep and painful traces, he was shocked by the love that he got throughout the reality show, which shows the power behind music as a unifier.

This comes in the wake of the Black Lives Matter protests that were staged worldwide, of which a German study revealed that discrimination against people based on their ethnic origin has been on the increase in Germany. According to the 2019 annual report by the German Federal Anti-Discrimination Agency (ADS), the number of racial discrimination cases reported in Germany rose by almost 10 percent. They make up 33 percent of the cases dealt with by the agency.

“I realized music unites people. It’s not so common to see black artistes in Germany, but I really got a lot of love and support from people from diverse ethnic groups all-over Germany, which shows the power of music over cultural and racial divide. Even my exit in the Sing Offs, a lot of people felt I should have proceeded and spoke strongly about it on social media here in Germany,” said I-Finton.

Adding, “However, what I’m thankful for though to The Voice of Germany, is the opportunity to test myself and show the world who I-Fnton is. It showed me that I’m a natural entertainer and a lot of doors are already promising to open for me, such as performing at bigger music festivals here in Germany,” said I-Finton in a WhatsApp interview recently.

He said he has an album coming out next year but can only release it after his binding contract with The Voice of Germany expected to end in January. “I have a reggae album coming out next year. I can’t release it until The Voice of Germany ends. I can’t record anything yet because we are still bound by the contract we signed.”

This year turned out to be a great year for him after losing out on another big opportunity due to the coronavirus when the A-Rosa cruise, singer-songwriter competition in Germany was suspended. He is however hopeful it will be rescheduled next year.

I-Finton, who grew up in the high density suburb of Dangamvura in Mutare formed his band Kalabash in 2016. The band is based in Aachen. With his band they have so far done two Extended Play projects ‘Get Ready’ and ‘Where I come from’ as well as their debut album titled ‘Shamiso’ which he dedicated the title track to his daughter. His music in Germany hit a career high moment last year when their reggae single track ‘Missing You’ reached Number Two on Artistify Chats, an online voting platform for music artistes in Germany.

I-Finton whose reggae music resonates the Afro fusion reggae style said he is proudly Zimbabwean and wants to show the world that Zimbabwe has got talent. He has since done many collaborations with Mutare based musicians to promote local talent and says he will continue to do so. He said he hopes to follow the footprints of musical geniuses like the Peter Muparutsa of the Runn Family of the Samora Waenda and Gumbo Mumba-Gumbo Panze fame, the late Fortune Muparutsa of the Wangu Ndega fame, renowned drummer Sam Mataure of the late Oliver Mtukudzi’s Black Spirits band, to mention a few, who hail from Manicaland province and carved names for themselves in Zimbabwe’s music hall of fame.

He also thanked his wife, who was clearly his number one fan throughout his performance in The Voice of Germany. “My wife is a really great fan of my music and believes in me. She is also one of my managers. She is very supportive and I appreciate that about her,” he said. 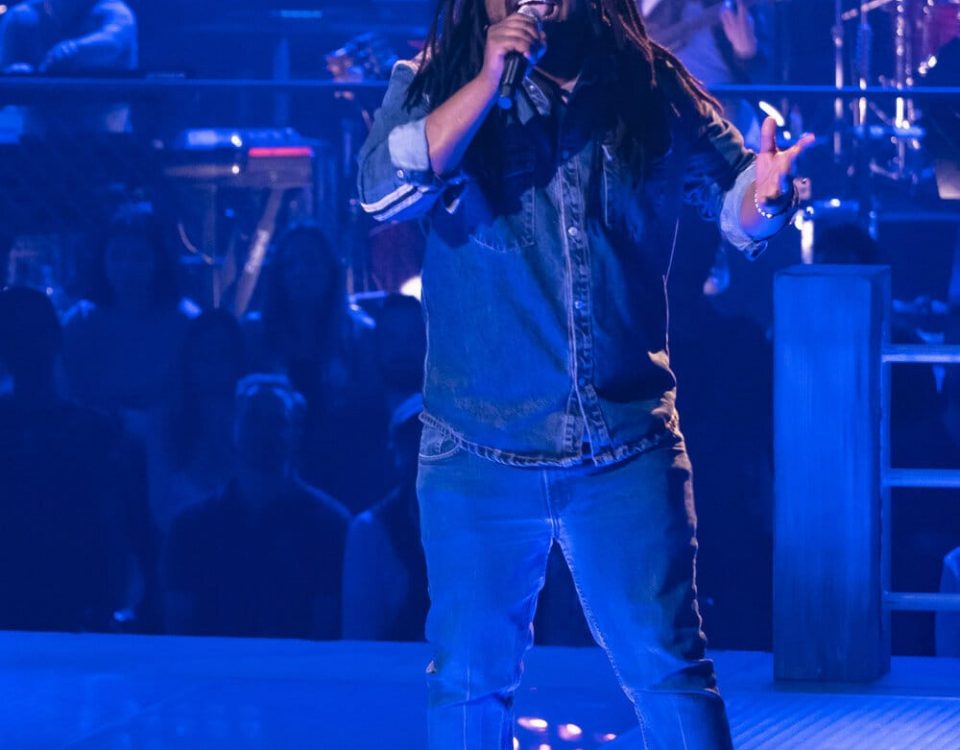 Zimbabwean born German based Finton Mumbure has gone through to the next stage after winning the battle round in the Voice of Germany last Saturday.