This was revealed during a media engagement event held in Mutare last Friday. The media engagements will be done countrywide said NetOne acting head of marketing and public relations Dennis Chagonda.

“NetOne has had its share of problems but through these media engagements we are trying to tell our story right and inform you of our vision…This is why we also came up with the promotion to partner media organisations and give some journalists 10 gigabits of data every month (valued ZW$2000). This will also market our product which we believe is trending in terms of affordability and consideration of the ever changing diverse needs of our customers,” he said.

The 10 gigabits data promotion for journalists comes on the heels of the launch of its online digital entertainment platform, ‘One TV’ that is on YouTube and Facebook, which was launched on 10 May. In a statement, NetOne said it chose music entertainment because music celebrates and demonstrates the heart of a nation and appeals to so many people regardless of their age.

“Our strategy is to broadcast shareable, interactive and sustained content that will motivate the customer to want to always be in touch with our brand. The past few years have witnessed an increase in the appetite for digital content hence the move by NetOne to deliver and keep the nation happy… We are being mindful of our customer needs creating responsive and suitable products for our customers with the target of informing, educating and entertaining customers in a modern way,” read the statement by NetOne pronouncing the ‘OneTV’ launch.

A ‘One World Album’ project, is expected to showcase some of Zimbabwe’s top musical headliners on OneTV. Chagonda said the album will be a great opportunity to share their new content and express diversity.

Chagonda said they want to continue to gain ground through tailor made promotions that take into consideration the diversity of the customers. He said all their services, OneMoney, a digital, mobile transacting platform and OneFusion, for promotional calls airtime and internet data, have been recording an upward trajectory. NetOne in November launched the ‘Giga Thanks Promotion’ which rewards long-time, new and returning subscribers with free data and airtime.

Media Institute of Southern Africa (MISA) Zimbabwe last year in April castigated the high costs of mobile data as prohibitive and infringing on citizens’ right to access to information as provided for by the Constitution and the African Declaration on Internet Rights. The media lobby group said the internet is a key enabler to accessing relevant information on the citizens’ health and wellbeing, which is fundamental to the country’s socio-economic development.

“The Internet should therefore be accessible by everyone through affordable accessible data fees as opposed to being a privilege for the rich while excluding the generality of the citizens, the vulnerable and marginalised communities,” read the statement by MISA Zimbabwe in April last year, joining the national #DataMustFallZim campaign on social media platforms.

The need for mobile data was actually necessitated during the global covid-19 pandemic, as citizens need to keep themselves informed of the developments and measures that are being taken to contain and curb the spread of the coronavirus in the country through access to social media  like Twitter, WhatsApp and Facebook where most of the communique is circulated.

According to a Global System for Mobile Communications (GSMA) report, titled ‘Consumer barriers to mobile internet adoption in Africa,” Africa is the least developed region in the world for mobile connectivity and adoption. Of a total population of 1.2 billion, only 565 million (47%) are using mobile services. GSMA represents the interests of mobile operators worldwide, uniting more operators in the broader mobile ecosystem, including handset and device makers, software companies, equipment providers and internet companies, as well as organisations in adjacent industry sectors.

“Internet adoption lags further behind, with only 303 million people (25% of the region’s population) accessing the internet via mobile. Adoption rates are noticeably weaker in Sub-Saharan Africa, where mobile penetration is just 43% and mobile internet penetration just 23%. An important part of the mobile internet connectivity issue in Africa is low network coverage, which averages just 50% of the population for 3G (compared to a global average of 78%). The challenging terrain and low population densities work against commercially viable expansion into rural areas,” read the report.

Adding, “Mobile operators and other ecosystem players should support the creation of an entrepreneurship ecosystem, work to make mobile services more affordable, and use their networks to increase awareness of the benefits of the internet and promote gender equality in access and usage.”

Zimbabwe Union of Journalists (ZUJ) Manicaland secretary Farai Matebvu thanked NetOne for remembering the media practitioners. Matebvu urged the mobile network operator to continue striving towards affordable data for all to promote access to information in the country. 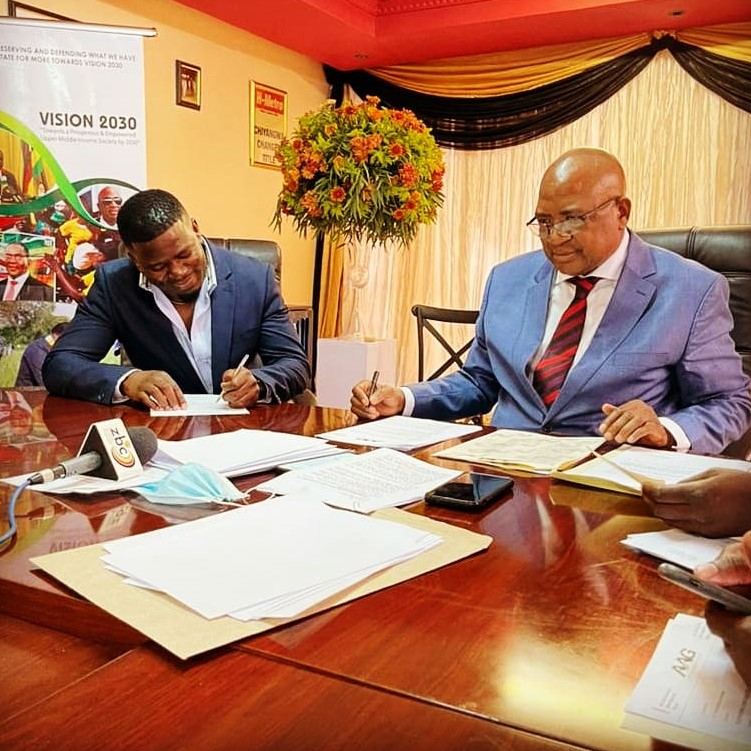