UMRRT director retired Bishop Sebastian Bakare said the initiative was inspired by a tour that he did two years ago in Mutare’s oldest high density suburb, Sakubva, where he heard from unemployed youths that they are hopeless and just waiting to for the day they will die.

“It was so touching. We move around a lot as UMRRT and we know there are widows, orphans and destitute people out there who need help. We do not want beggars for money or food but people that want empowerment to help them have somewhere to start from,” said the retired Bishop.

The former Anglican Church Bishop of the Diocese of Harare and former Bishop of Manicaland who now directs the residents association which was established in 2013 urged communities to empower themselves through self-sustaining livelihood projects.

“Mutare is our home and no one except us will come and help us out of poverty or unemployment. We should use our hands and skills, which is why we sourced these machines and tools for women and men to make use of in various communities and earn a living,” he said.

Retired Bishop Bakare said UMRRT intends to grow the communities’ self-sustaining livelihood empowerment initiative by sourcing more tools and equipment for more groups, but encouraged the first group of beneficiaries to effectively make use of the programme and make it successful to encourage benefactors to continue supporting. The goods were sourced from the United Kingdom.

“The success story of these first groups will encourage more donations. But we want sustainability and growth. For instance if one of the first groups gets sewing machines we want to see profit margins from sales and hear that you have managed to buy more machines after this seed capital,” he said.

Some of the tools that were handed over.

Eight groups were selected as the first beneficiaries. The groups which include women, youths and men cooperatives were given various machinery and tools that comprised of electrical sewing machines, carpentry tools such as G-clamps, hummers, planers, chisels  as well as mechanic tool boxes. The tools and machines were distributed depending with the projects intended by the groups. The beneficiaries were selected from high density suburbs such as Sakubva, Dangamvura, Chikanga and Hobhouse.

Prudence Sauriri a resident from Sakubva said the tools will help idle youths and keep them off the streets where they are being lured to trade and smoke illicit drugs such as crystal meth (guka) which she said is now increasingly being taken by youths in the high density suburbs these days.

“In Sakubva drug abuse by youths is on the increase. Guka is now a problem. These tools for men and women groups will be a stepping stone to get people organized and have something to do to earn a living from. Most people do not have capital to buy tools so this will go a long way especially during this ongoing Covid-19 lockdown. At least people will find peace jobs and be able to survive,” said Sauriri.

Heriet Munyakwe from Chikanga said unemployment of youths in the ghetto (high density suburbs) remains a problem and the initiative will help address this. “As our residents association we applaud you for thinking of your residents. Most of our children are unemployed but have skills. So with these tools they will be empowered to work while they await for other opportunities rather than just sit at home,” said Munyakwe.

Taurai Chingono a resident from Sakubva also thanked UMRRT for the initiative and said residents are in dire need of such pro-poor empowerment projects. “Through such projects you have shown that you have the residents of Mutare at heart. We need more localized empowerement initiatives at grassroots to empower ourselves as residents and in turn become proactive citizens that contribute towards the development of our city,” said Chingono. 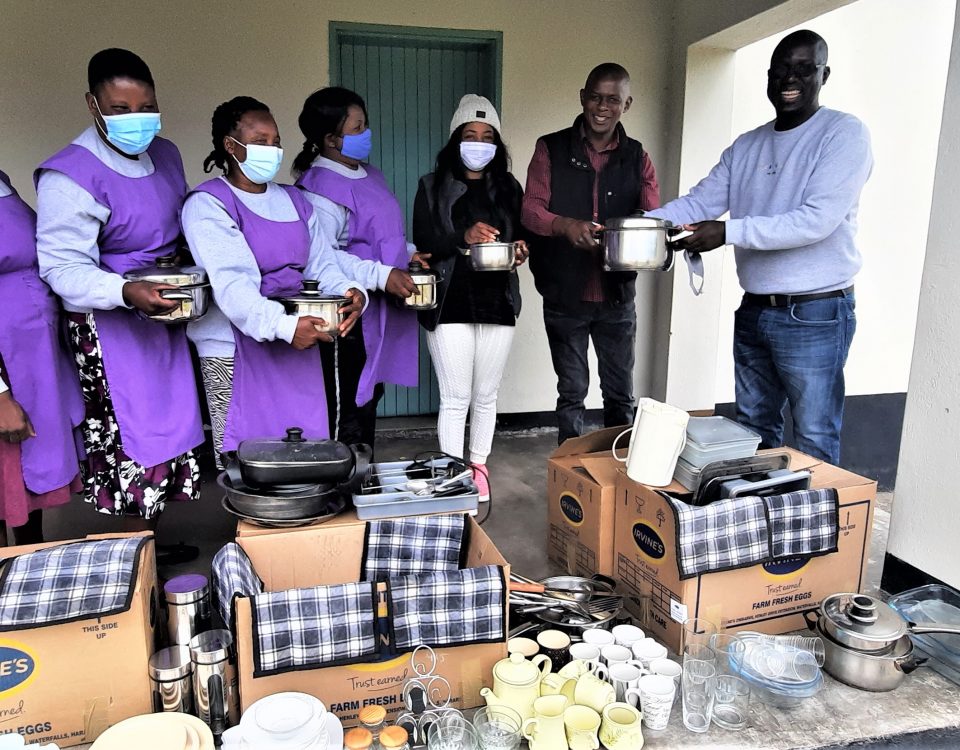