…As veld fires wreak havoc in timber plantations in Manicaland

ZIMBABWE’s environmental status has fallen into the high-extreme risk bracket of countries most prone to veld fires after a spike in cases during the 2021 fire season, Easterntimeszim has learnt.

The veld fire season starts from 31 July to 31 October each year. This is a period when biomass (This includes crop residues, wood, crops and animal waste) is dry and windy, providing a conducive foundation for wild, uncontrolled and runaway fires which are destructive to the environment, life, property and agricultural produce.

“The 2021 veld fire prediction undertaken by Environmental Management Agency, using biomass as indicated by the Normalised Difference Vegetation Index (NDVI) as a proxy for fuel load, and the previous fire behaviour as indicated by the burnt area in 2020, shows that the country is generally in the high risk (65.2%) to extreme risk (24.7%) to veld fires, compared to medium (43.3%) to high (23.1%) risk in 2020,” said Chitotombe.

He said over 8000 hectares of forestry land have been gutted by veld fires in Manicaland province in separate incidences amounting to US$5 million in losses of timber plantations destroyed.

Statistics released by EMA reveal that since the inception of fire season in 2021, over 8000 hectares of land rich in timber and other valuable natural resources have been destroyed by veld fires in Manicaland, an increase of 138 percent compared to the 2020 fire season.

“Since the onset of the fire season, the province has recorded 54 fire incidences resulting in approximately 8 495.67 hactres of land being burnt, compared to 23 fire incidences and 8 156.72hactares lost during the previous year 2020, same time. This shows a 135 percent increase in the number of fire incidences this year,” said Chitotombe.

The commercial timber industry is concentrated in the Eastern Highlands in Manicaland, which is the only area in Zimbabwe with suitable climatic and environmental conditions for the fast growing exotic species. Timber rotations are long, taking about 25 years for structural timber, 15 years for poles and 10 years for wattle extract.

According to a 2018 Timber Producers Federation (TPF) report  the timber industry contributes about three to four percent to the Gross Domestic Product (GDP), with employment opportunities for approximately 15000 people formally and informally employed.

Chitotombe said EMA has already set a farm to farm monitoring project in motion as a counter measure to zero in on the source and causes of veld fires and fine non-compliant farmers. So far, fines amounting to US$1.5 million have been issued.

“It is in this regard that the province have already begun a comprehensive farm to farm monitoring programme, starting with Makoni district. The objective of the operation is to check the status of fire prevention measures such as fire guards in veld fire hot spots, to check status on compliance to farms that were served with orders, fine farmers without fire guards and who committed other fire offenses, investigate fire incidences and to raise awareness,” said Chitotombe.

“As indicated, the main perpetrators of environmental destruction through veld fires are people who are illegally settled and arsonists, so we will use the laws at our disposal to deal with these culprits,” said Insp Chananda. 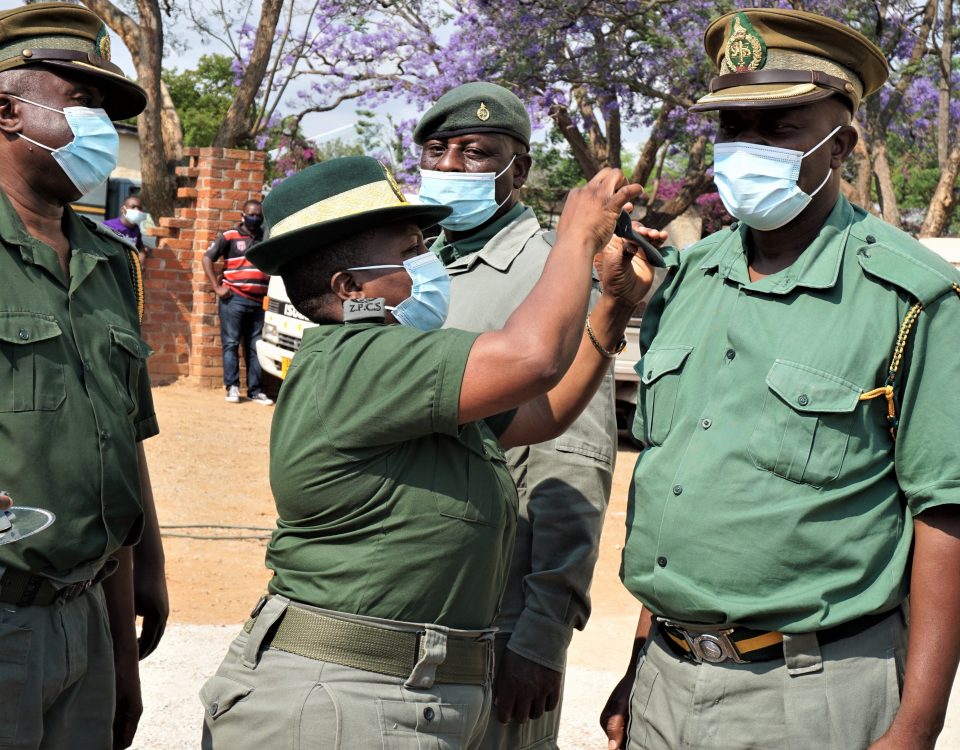