Part of the historic sold out crowd that attended the Summerfest show that was headlined by Jah Prayzah last week Saturday at Manicaland Motoring Club in Mutare.

…Jah Prayzah in the same vein as superstar Oliver Mtukudzi

WHAT seemed to be an insurmountable feat turned out to be child’s play for prominent music promoter Patson ‘Chipaz’ Chimbodza of Chipaz promotions who last week Saturday put together a top-drawer Summerfest show line up of artistes in Mutare. The concert was headlined by the multi-award winning musical  prodigy Jah Prayzah whose real name is Mukudzeyi Mukombe. 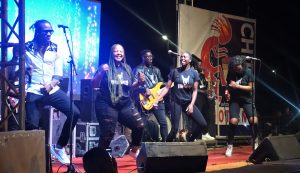 Jah Prayzah and his 3rd Generation band in action.

Just like how high profile South African artistes dream of filling up the 20 000 seater Dome arena in Johannesburg, the agenda last Saturday at the Manicaland Motoring Club Summerfest was to fill up the 5000 capacity motoring arena. What was even more remarkable was how early people came through for the show, from as early as 7:45pm when the first act started with the fast rising choral music sensation Mambo Dhuterere.

However, before giving credit to the artistes that all put up stellar performances, the first applause has to go to the show promoter. The whole set up proved why the National Arts Merit Award (NAMA) winning music promoter Chipaz is rated among the best in the music promotion business in Zimbabwe. 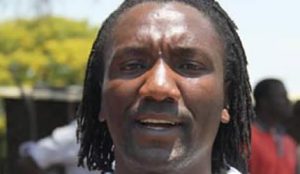 The security upgrades distinctly showed the difference between boys and men when it comes to organizing high profile musical shows. All the open boundaries at the motor sport arena were closed with precast walls of steel sheets, whilst inside the arena, metal barricades were fastened to separate the $20 VIP section and the $10 standard tickets section. Standardised full height entry gates were also separately put for the VIP and standard ticket entrances to avoid stampedes into the arena. 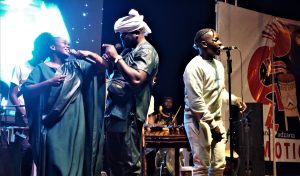 Mambo Dhuterere and his wife put up a stellar performance.

The sound system and stage lighting was perfect as it reverberated as far as the central business district in town, leaving the rest of the work for the billed artistes to put the icing on the cake. When Mambo Dhuterere started at 7:45pm his energetic performance was the first tell-tale that it was going to be a historic concert. He charmed revellers who sang along to his unique choral music with songs like ‘Zvinodzimba Ngoni’ and ‘Mweya Ndisesekedze’ being the highlight of his performance. By the time Freeman the HKB Boss got on stage towards past 11pm the crowd was already heated up and ecstatic. He too put up an arousing performance singing some of his yester year hit songs that again were sang along to, just to prove how popular he has grown to become in the industry. 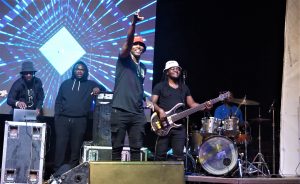 After midnight when the main attraction Jah Prayzah came on stage, a loud cheer accompanied him, so loud that even the deaf must have heard it. He had the audience in the palm of his hand as the crowd went wild to his every mantra. The lanky, dreadlocked singer and song writer left some revellers in tears when he belted songs like ‘Bvumbamirai’ and ‘Nyeredzi’ which often have that spell binding effect on people because of the deep, touchy lyrics. There was also an epic moment when Jah Prayzah played his mbira instrument in a duet with one of his back-up singers, which sent the crowd into frenzy as he showed off his mastery of the traditional mbira instrument. 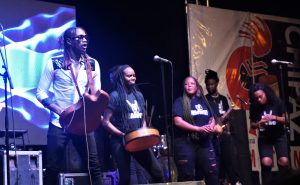 Jah Prayzah in a duet mbira act with one of his band members.

“So officially there were over 5000 tickets bought excluding the complimentary tickets. So the crowd could have been around 5500 people which I believe is a record breaking attendance at Motoring club and in Mutare at large. Oliver Mtukudzi’s show here at Motoring club back in 2014 was a maximum of around 2000 people, so this was an overwhelming turnout,” said Masanganise. 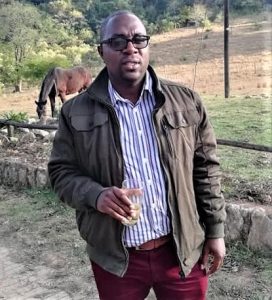 “We also took some notes from Chipaz and we will try put permanent precast walls to reduce costs for entertainment promoters for such events. On the issue of parking, we will now resort to using the Mutare Polytechnic Pavilion about 600 metres away as a parking bay during such big shows so that we decongest cars that park outside the club and block the road. We will ensure security at the parking bay as well,” added the club chairman who is now anticipating to even host international shows at the club in the future.

Tendai Chitowa the owner of the defunct but once leading entertainment centre in Mutare, Chapter One Leisure Centre, where all the biggest names in the country’s music industry once performed added that regardless of how big his centre was, they drew crowds between 2000 to 3000 at most.

So after this, it is now clear that Jah Prayzah who at some point early in his musical journey literally dreamt of following the footsteps of the late superstar Mtukudzi, is a student who has become the master. With national and regional accolades in his honour and being very well travelled regionally and internationally as well as consistently producing chart buster albums that either go gold or platinum, this was the saManyanga flair, as Mtukudzi was fondly called, which is now the Wagwizi knack as Jah Prayzah is fondly called.

Jah Prayzah was so impressed about the show that he had to post on his Facebook page how grateful he was for the overwhelming attendance.

Below are some of the highlights of the show in pictures: 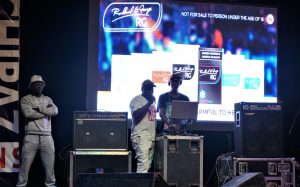 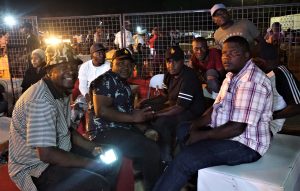 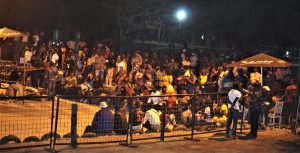 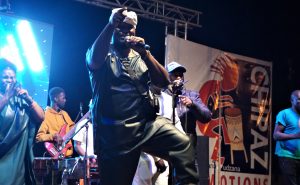 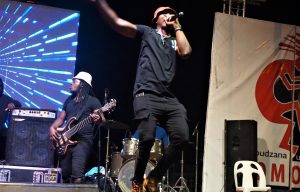 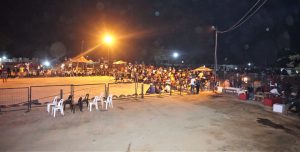 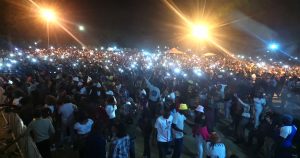 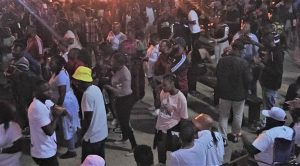 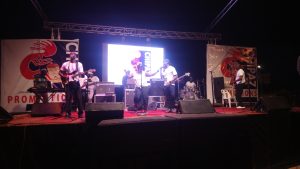 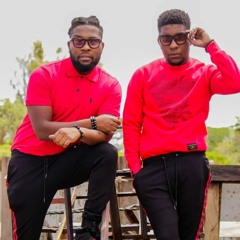